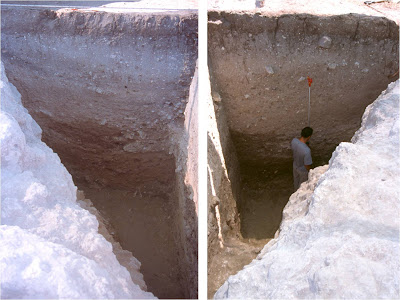 Porto Torrão is known as a large Chalcolithic site since the eighties of the last century (Arnaud, 1983), but only in 2002 it became clear it corresponded to a complex set of ditched enclosures.

The excavations that detected the presence of ditches for the first time were conducted in a context of emergency Archaeology (Valera & Filipe, 2004), related to the building of a high voltage electricity line. The excavation of the area of one of the pillars of the line revealed two parallel ditches, separated only by eight meters (a space where some pits were also identified and excavated).

Although the ditches were close to each other, they were from different chronologies. The inner one was filled almost to the top by sediments with Late Neolithic materials and the outer one with materials from Chalcolithic, with the presence of Bell Beaker almost from the beginning of sedimentation.

More recently, again in a context of emergency Archaeology, other ditches were identified, and several necropolis of tholoi and hypogea were detected around the enclosures (Valera, 2010; Valera et al., in press). The limits and the design of the enclosures and necropolis are not yet known, but the general image points to a large complex and one of the biggest of Iberia. 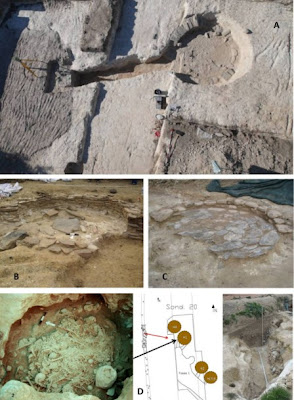