Recently, at the Rome conference, Michael Kunst provided an interesting information about the research conducted by DAI at Castro de Zambujal walled enclosure. During the study of faunal remains, about 300 human bone remains were detected.

Until now, only one structure at Leceia and another in Castelo Velho presented human remains in walled enclosures and were interpreted in quite different terms.

This new revelation at Zambujal, still to be contextualized, reinforce the idea that some ditched enclosures have already stressed: human depositions in Western Iberia Chalcolithc are a complex and diversified practice that cannot be restricted to the traditional notion of necropolis.
Publicada por A.C.Valera em 8:56 AM No comments: 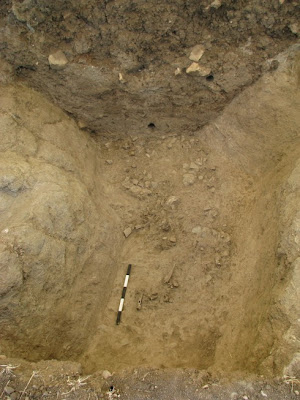 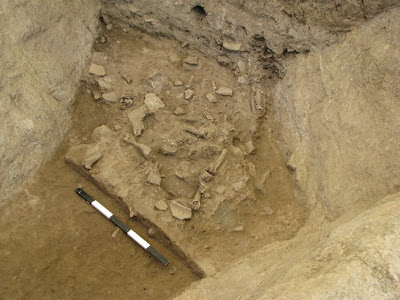 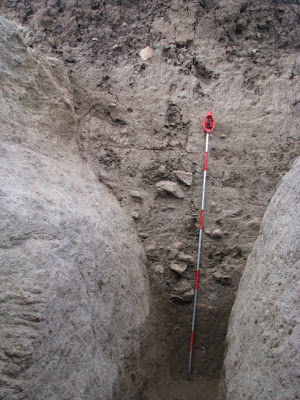 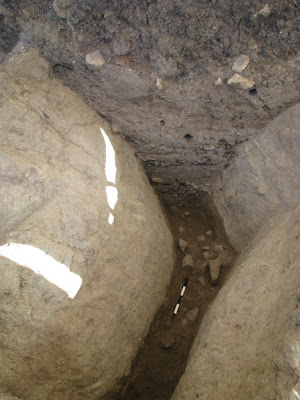 Horizontal and localized depositions of stones, pottery shards and faunal remains, separated by clay deposits. At the bottom, some stone agglomeration, before a layer with calcite precipitation.
Publicada por A.C.Valera em 8:27 PM No comments:

It's not from Portugal and it is not about ditched or walled enclosures, but about a famous henge. It is absolutely hilarious, but... we could do similar stuff about some of our own enclosures.
See here
Publicada por A.C.Valera em 10:53 PM No comments:

Perdigões enclosure (Reguengos de Monsaraz) is one of the important archaeological contexts of the Iberian Peninsula Recent Prehistory and on that has been researched for more than a decade.

The questions that it rises and allows to developed are of significant relevance for the knowledge of Neolithic and Chalcolithic communities as well to the development of disciplinary theoretical thinking and the social models built to deal with those societies and their historical dynamics.

Several institutions and individual researchers, national and international, participate in this open and enclosing project, known at international level. Now, ERA Arqueologia, through its research unit (NIA), decided to promote the project within the academic student community.

So, a series of talks will be promoted at ERA, regarding the research, results and problems at Perdigões. In summary, trying to present what’s is going on at this magnificent site.

Academic students are the target public, but other interest people can assist if there are available places. Attending is free, submitted to inscriptions send to the email: antoniovalera@era-arqueologia.pt.

The talks can be repeated at other institutions solicitation.

- Building the Research Global Program of Perdigões
- Geophysics, spatial organization and temporalities at Perdigões
- Digging ditches 1, 3, 4 and 6: problems and interpretations.

Inscriptions (till a maximum of ten) addressed to: antoniovalera@era-arquelogia.pt
Publicada por A.C.Valera em 10:59 PM No comments: 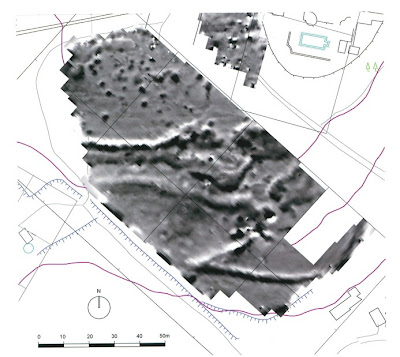 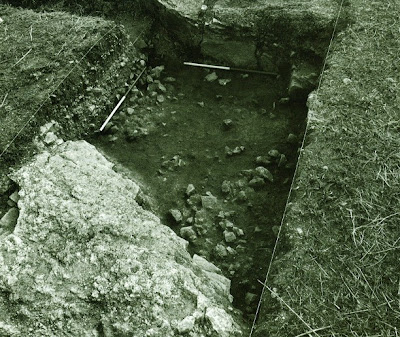 Supported in a materialistic approach, the site is seen by its researchers as a settlement and a political centre of a pristine form of state, from where an elite rule through coercion a vast hierarchical territory.
Publicada por A.C.Valera em 10:27 AM No comments: