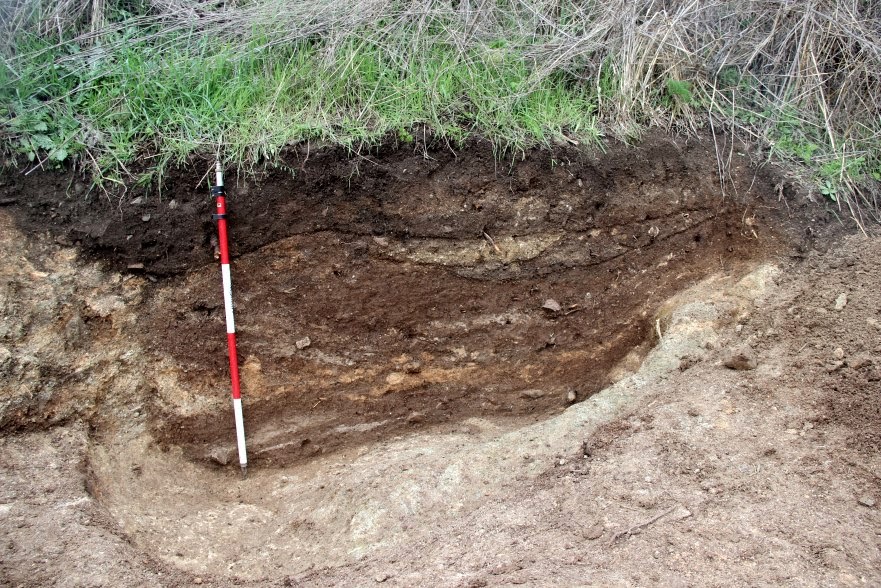 At Monte da Contenda a road cut through the sequence of ditched enclosures, leaving open sections of several ditches in the embankment. In the context of the NIA-ERA project on ditched enclosures, one of the sections was already cleaned. It shows a ditch with about 1.3 m deep and 2 or 3 meters wide (it seems the section is someway diagonal).

Archaeological material collected during this cleaning suggest that this particular ditch might be from middle Neolithic. Faunal remains will be dated to confirm this chronology. 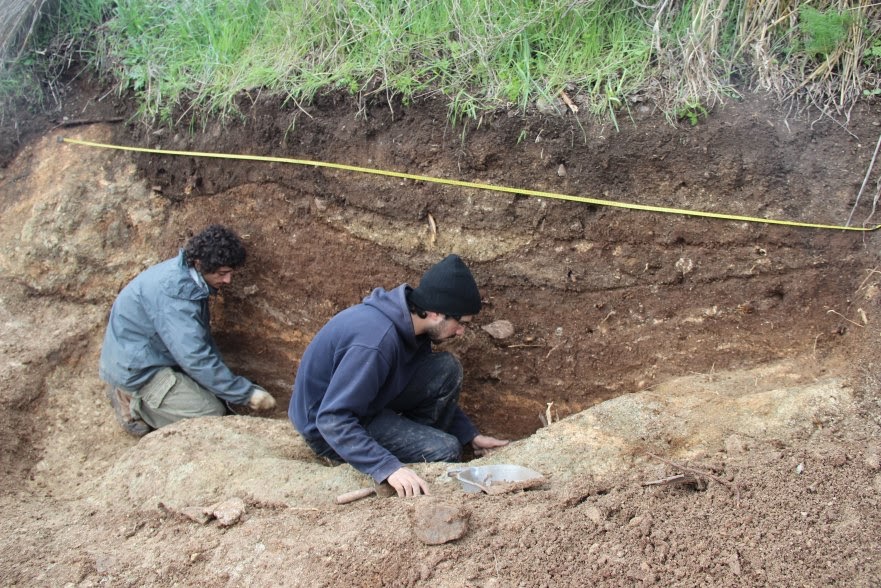 Discovered in Google earth, the enclosure of Montoito (Évora, Portugal) was partially submitted to geophysics (done by Helmut Becker) in the context of the research projects of NIA-Era Arqueologia directed by me and that have been responsible for a significant increment of our knowledge of ditched enclosures in South Portugal (see Valera, 2012; 2013 a and b). 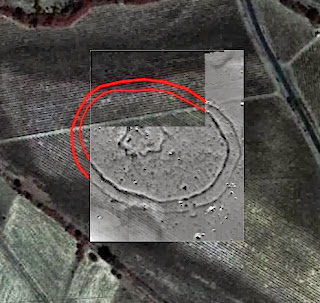 Magnetogram over an aerial image of 1995, where we can follow approximately the trajectories of the ditches. (Image unpublished. Should not be used without authorization). 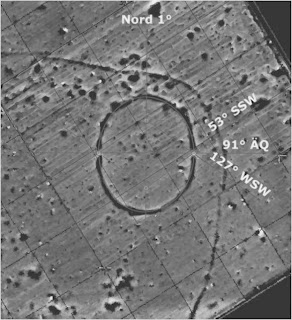 Its major axis is orientated closer to Winter solstice. As usually, there are lots of circular pits and surface materials indicate a Chalcolithic chronology for this enclosure.

We will try to finish the geophysics before formal publication of this context.