0350 - The solstice at Perdigões: new observations

Last May we put a large post in the NE entrance of the outside enclosures of Perdigões, the one that we have been saying that was orientated to the summer solstice. The goal was to confirm that with present direct observation and establish the possible relation with the semi-circular hut in the center of the enclosures.
Here are the results from today’s morning observation at sun rising (the solstice is from today until Tuesday).

Observed from the center of the enclosure, the sun appeared precisely over the post that was in the NE gate, confirming its orientation. 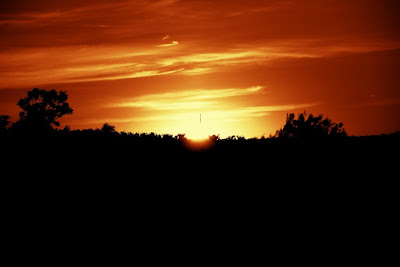 The sun just over the post at the gate NE

But the central post of the semi-circular hut is also aligned with the post in the gate and the sunrise, as we have suggested some posts ago. 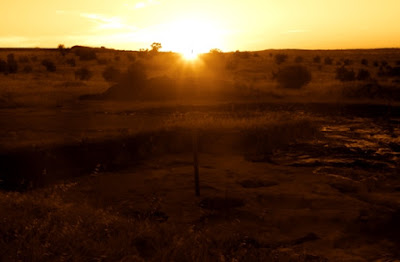 The alignment of the central post of the hut with the gate and the sunrise.

It is also quite probable that this same central post is also aligned with the SE gate to the Winter solstice at sunrise. We will be checking that next December (if the weather allows it). If that is confirmed, then this central hut of semi-circular plan that replicates de visibility of the natural theatre over the landscape to East, will show a central post that combines the axes of orientation with both gates to both solstices at sunrise.

So far, there is no doubt that there is an orientation of the axe hut-gate to the summer solstice. 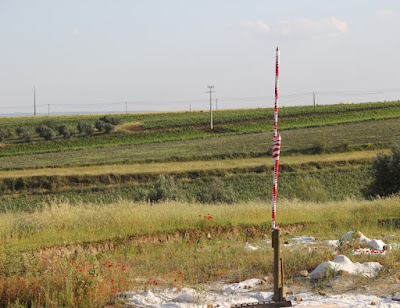 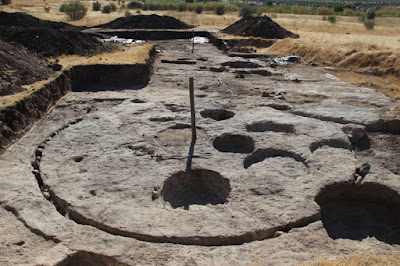 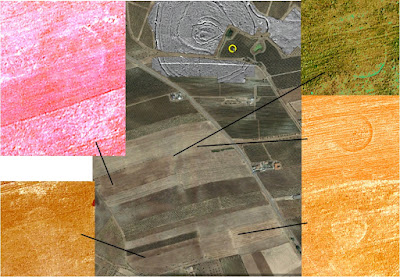 Now tell me it wouldn’t be fun to do some geophysics in this field? I don’t believe in witches, but…
Publicada por A.C.Valera em 5:35 PM No comments: 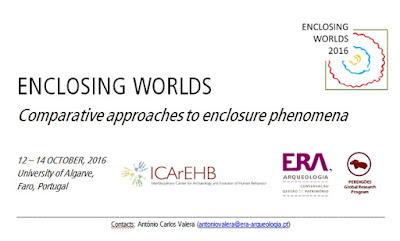 The programme for oral presentations at the meeting Enclosing Worlds (to be held in Reguengos de Monsaraz, Portugal, 12-14 October 2016) is now available here.