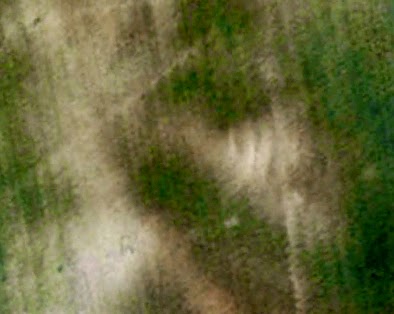 It is a small one, near the border in Portalegre district. It has at least three concentric ditches (possibly four) and about 90m diameter for the outer one.
Publicada por A.C.Valera em 1:18 PM No comments:

This is a new ditched enclosure recently found in Google (by Tiago do Pereiro) in North Alentejo. In my inventory is number 63 in Portugal. It is quite visible in the image of 2006. 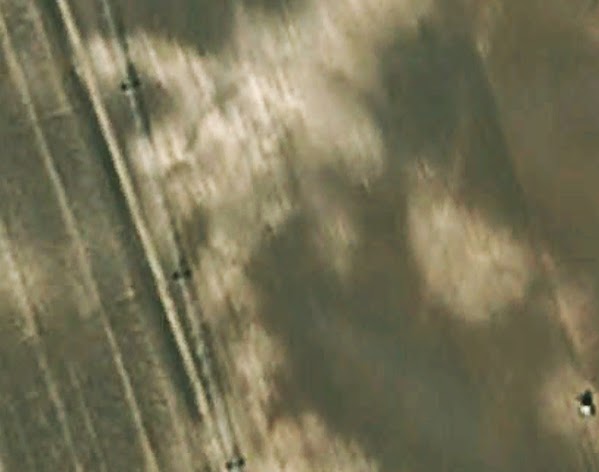 In March 2009 the situation was as follow: a change in the agricultural use of the soil was threatening the enclosure. 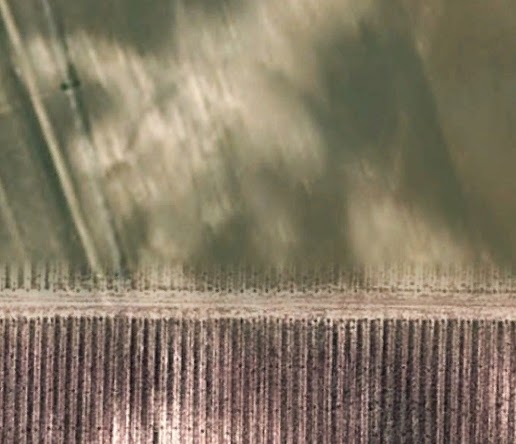 And just a few months later, in August 2009, the site was affected by the new plantation. It looks like a vineyard and, if so, the impact was strong, for ploughing for vineyards is deep. 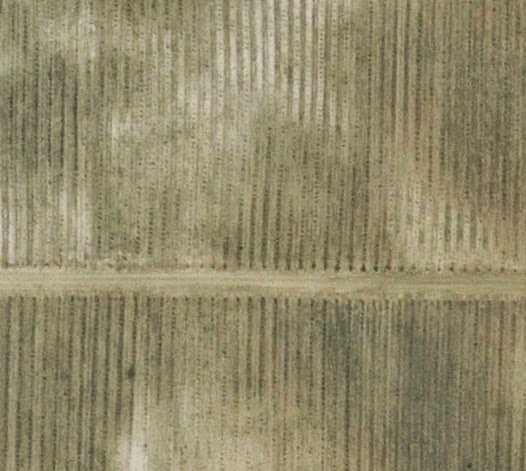 This happens because, in Portugal, impact assessment legislation is not applied to large agricultural programs with deep impact in the soil. Now, the site is inaccessible, even for geophysics, and probably suffered a strong destructive effect. And it seems relatively small (70m diameter), so if it was discovered in time through an archaeological preliminary prospection, it could became a protected area without a significant economic impact for the agricultural project, and could be used for other cultures with less effects in the ground.

Why are this things still happening? By many reasons. But the surprising expression of ditched enclosures contexts in South Portugal cannot be one of them. Not anymore.
Publicada por A.C.Valera em 8:07 PM No comments:

When I saw the image of Torre do Pinto enclosure 1 for the first time I did not considered that it might be prehistoric. It is a circular enclosure made by a bank that we can still perceive in the topography with a circle inside that is decentred and also making a small positive relief. It is quite clear, but is there in every aerial image I saw so far.

There are no evidences of earth banks in Portuguese prehistoric enclosures, although they might be presumed in some sites. The fact is that until the present no evidences of them have been provided, from the outside or the inside of the ditches. So I was sceptical about the possibility of the site be of prehistoric chronology and the scepticism grew when I first visited it and no archaeological material was found in the surroundings (the enclosure itself was inside a fence occupied by big bulls).

But I kept going there in Google and in one of my recent visits I discovered the second enclosure (Torre do Pinto 2) already displayed here. Just about 150 m south from the first, this enclosure seems to present three concentric ditches and gate towards East. Inside, we can appreciate the same circular structure in the same general location of the one of enclosure 1. 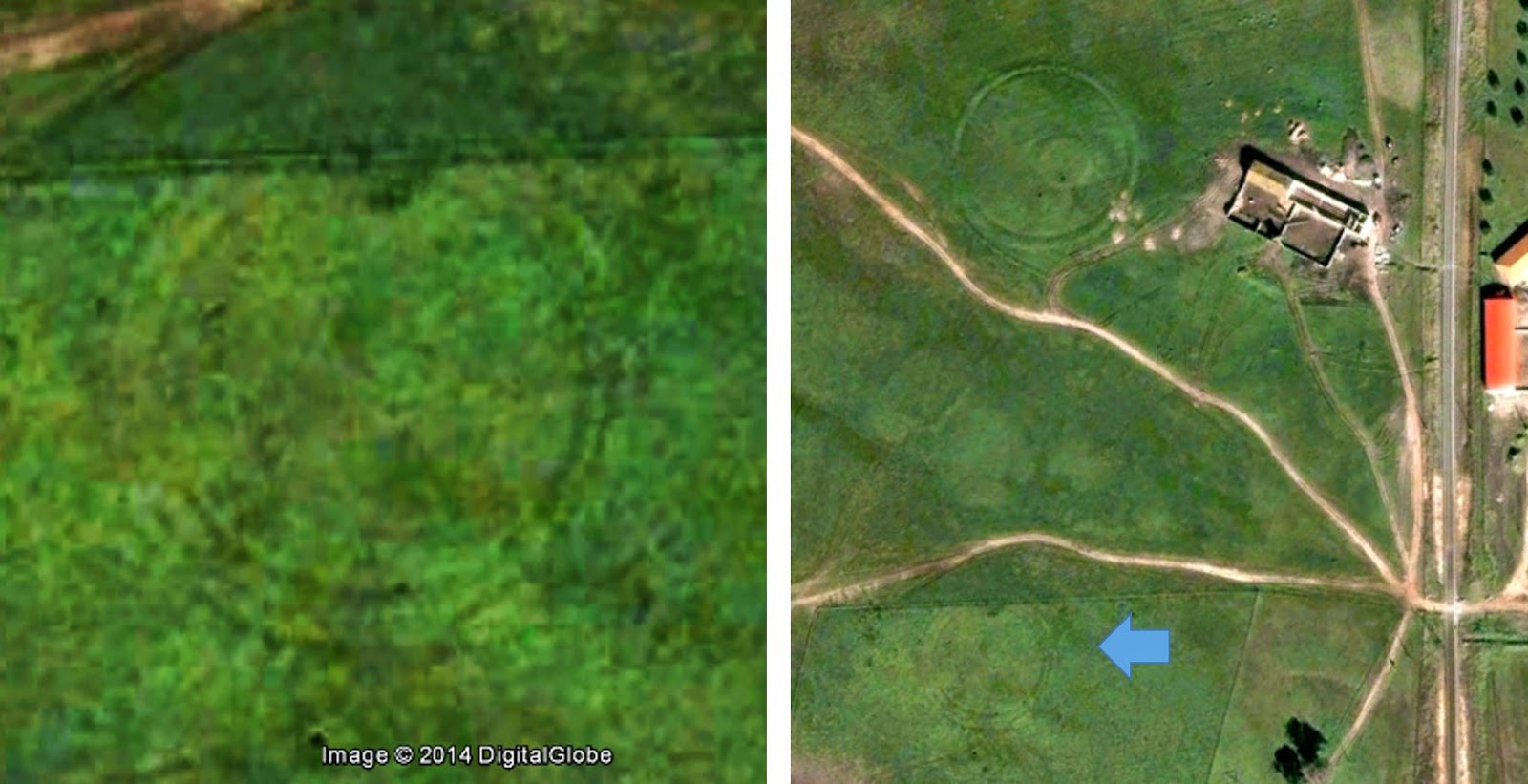 This begun to make me doubt my scepticism. Especially because this new one presented no positive structures and a three ditched system.

But I started to became more convinced regarding the possibility of an archaeological site when more circular structure start to be detected through more careful analysis and even rectangular ones. We might be in presence of the first preserved bank structures for prehistoric times in Portugal. 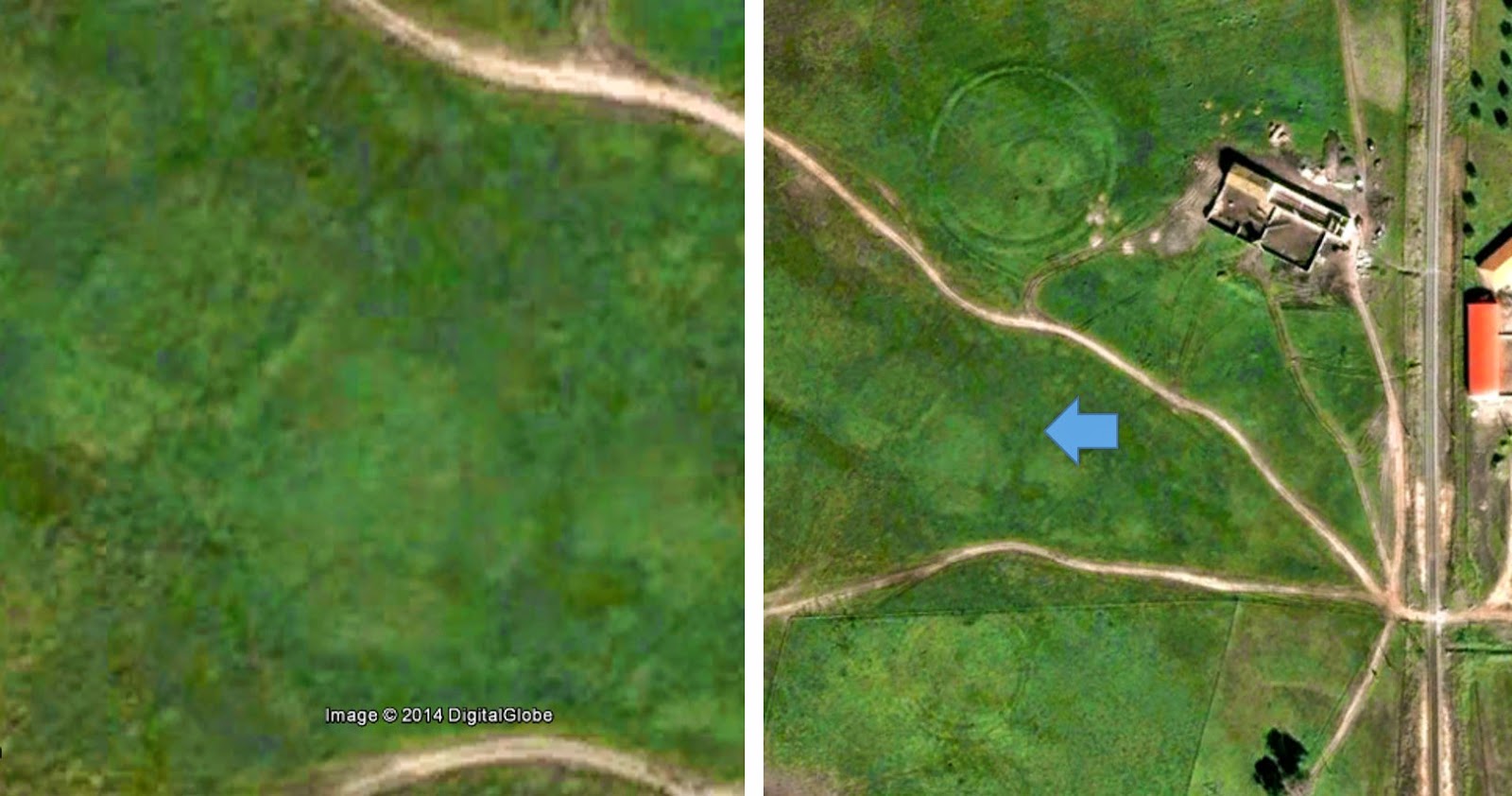 Circular and rectangular structure between enclosures 1 and 2

In a second visit, no archaeological material was recovered (the soil is not ploughed and it is covered in lots of rests of cattle manure), but some of the circular stuctures show stone concentrations.

Circular structure just like the ones inside enclosures 1 and 2.

I think this can be a quite interesting archaeological site with structures from different periods. And by the sizes and designs I would bet in funerary contexts. Of course, I may be mistaken, but if a recent project proposal is approved and financed, this is a site I want to submit to geophysics.
Publicada por A.C.Valera em 7:18 PM No comments: 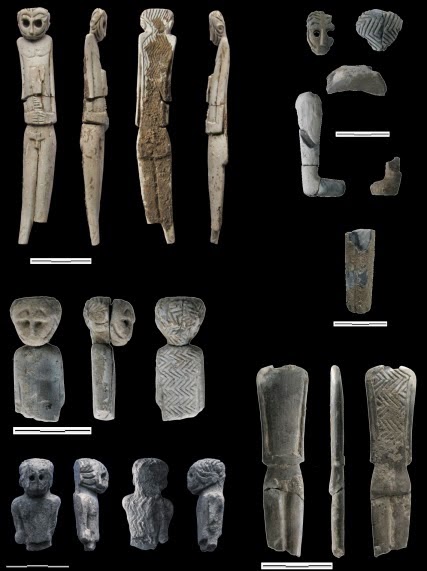 A paper on the ivory human figurines from the ditched enclosure of Perdigões has just been published here.

These figurines came from the contexts with depositions of human cremations (still in excavation) that were dated by radiocarbon from middle / third quarter of the 3rd millennium BC.
Publicada por A.C.Valera em 11:27 AM No comments: 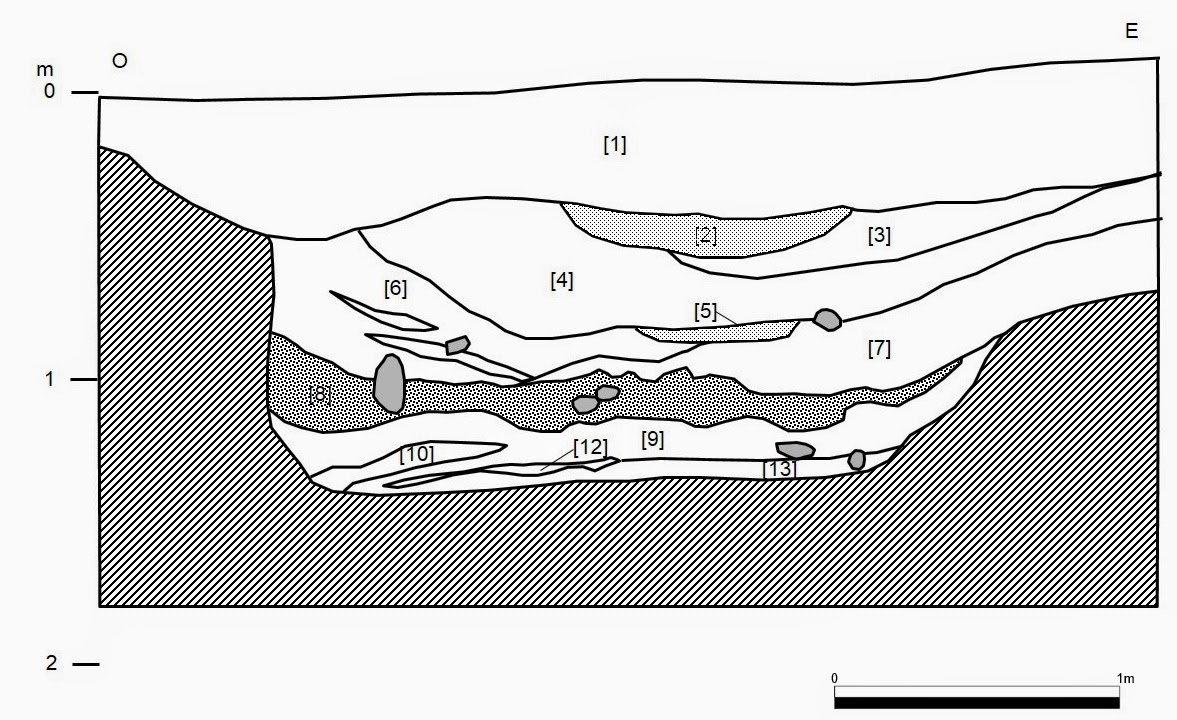 The first two dates are available for Monte da Contenda. The samples were collected in a ditch section where the road cut the enclosure. It is one of the outer ditches of the East sequence of ditches (there is a western one, for the site has at least two sets of ditches partially overlapped).

Due to the pottery recovered in the section we suspected it might be from a middle Neolithic, but the results show that the filling dates from the last three centuries of the 4th millennium BC, showing that the ditch is from Late Neolithic. Nevertheless this ditch defines one of the largest enclosures known in Portugal for this period and confirms Monte da Contenda as a long term complex, since it has an important Chalcolithic occupation as well.

On the other hand, this ditch cuts others. So the probability of the origin of the site is earlier than Late Neolithic still remains.
Publicada por A.C.Valera em 4:19 PM No comments: