Next Monday the 2014 campaign of excavations (the 15th of the research program) will start at Perdigões enclosure. You will be able to follow the results here. 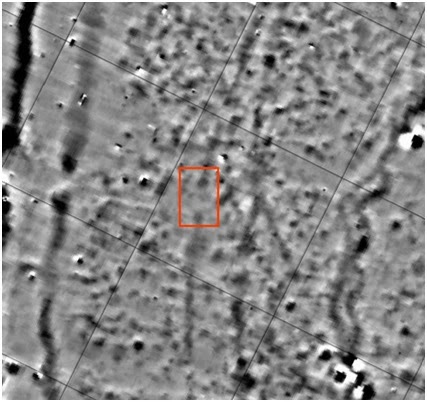 One of the goals of this year is to start sampling ditch 10, in an area where it seems to be a gate (in the geophysics image). If it is confirmed, it should be noticed that the gate would be aligned with gate 4 in the outside enclosures. And that is very interesting for the interpretation of the architectonic dynamics in Perdigões, namely to the issue of how some previous structures conditioned the later and to the idea that, in Perdigões, there are long term ideological conditions that are imbedded in the architecture of enclosures. Something that I have been pointing out for some time now.
Publicada por A.C.Valera em 2:17 PM No comments: