Transition is always a moment celebrated by cultures (and not just human cultures). Transition between life and death, between childhood and adult life, between seasons, between day and night, etc. All generate particular culture behaviors, rituals, prescriptions.

Even architecture responds to these moments of transition. That is the case of many ditched enclosures by having their gates orientated to important sun annual events, such as solstices and equinoxes. In this case, we have a drawing of the landscape perspective of the sunset at the equinoxes, seen through the western gate of Bela Vista 5 enclosure (Beja, South Portugal).
Publicada por A.C.Valera em 9:31 PM 3 comments: 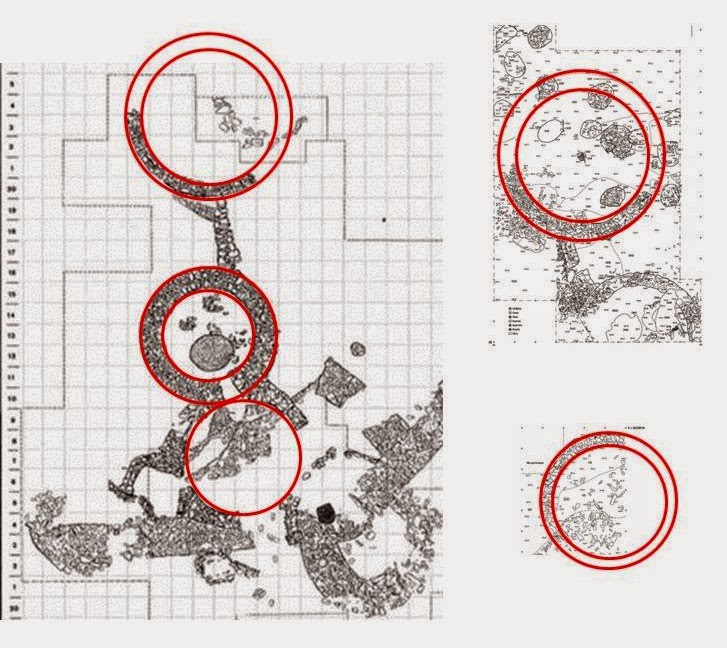 Late central towers at Porto das Carretas (left); stone huts at Mercador (up right); late central stone hut at Monte do Tosco 1 (down right). See how dimensions are quite similar.

There are some Portuguese walled enclosures that, according to their excavators, present central towers in the latest phases when the wall are no longer functioning and enclosing. That is the case of Monte da Tumba, S. Pedro or Porto das Carretas. In general, these structures just present some rows of stones, are circular and tend to date from the Late Chalcolithic (some associated to Bell Beaker).
However, it is never clearly explained why they are interpreted as towers. In fact, similar structures, with the same width and high and with identical diameters, are interpreted as huts. That is the case of the two huts of Mercador. They have the same dimensions of the so called towers of Porto das Carretas, they are from the same general period as the later, they dist just 1,5kms and they even are united by a short wall like the structures at Porto das Carretas. So structurally, how can we distinguish the base of a stone hut from the base of a stone tower, when we do not have enough information to estimate the vertical development of the structure?
The larger hut at Mercador has a central post hole. But a two floors tower would probably have one also. And not all structures considered huts present internal post holes. At Mercador or Monte do Tosco, huts present internal fire places and areas of storage. But couldn’t towers present them also. During the Late Chalcolithic, what could be inside a hut that couldn´t be inside a tower? So, internal context also doesn’t help much in establishing a difference.


So, in what bases do we call towers to the late central structures in Porto das Carretas, S. Pedro or Monte da Tumba? Or are they really stone huts, associated to late occupations of these sites? We need criteria and solid evidence to name these structures.
Publicada por A.C.Valera em 1:23 PM No comments: 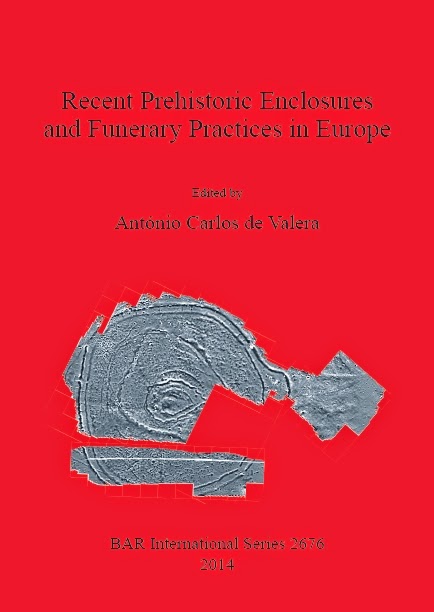 0265 – The ephemeral history of walled enclosures

I recently defended (Valera, 2014) that during the second half of the 3rd millennium BC walled enclosures are no longer built in Alentejo. Some may still be in use during the third quarter, others are abandoned, others present bell beaker reoccupations, but there is no record of the building of new wall enclosures.

According the actual available data, in the long duration of the building of enclosures and monumental architectures in South Portugal, the construction of walled enclosures are a late adding (first centuries of the 3rd millennium) and seem to have a relatively ephemeral life, with the activity of building walls ending by the middle of the millennium.

0264 – Maybe an actual issue in many dimensions

I have just been contacted by a colleague from Ukraine. The reason was the similarity between some ditched enclosures.

That the approach to Iberian ditched enclosures has to have a scale of continental level is something that I and other Iberian researches have been stressing. There is a general phenomenon that have regional expressions, dynamics and particularities. Here, we are working our own regional expressions and dynamics, but it is useful not to forget the problems of structural larger scale.

The familiar image of this Ukrainian enclosure is not just another parallel. Is a reminder that we are dealing with a large scale social dynamic (in the broader sense of “social”). 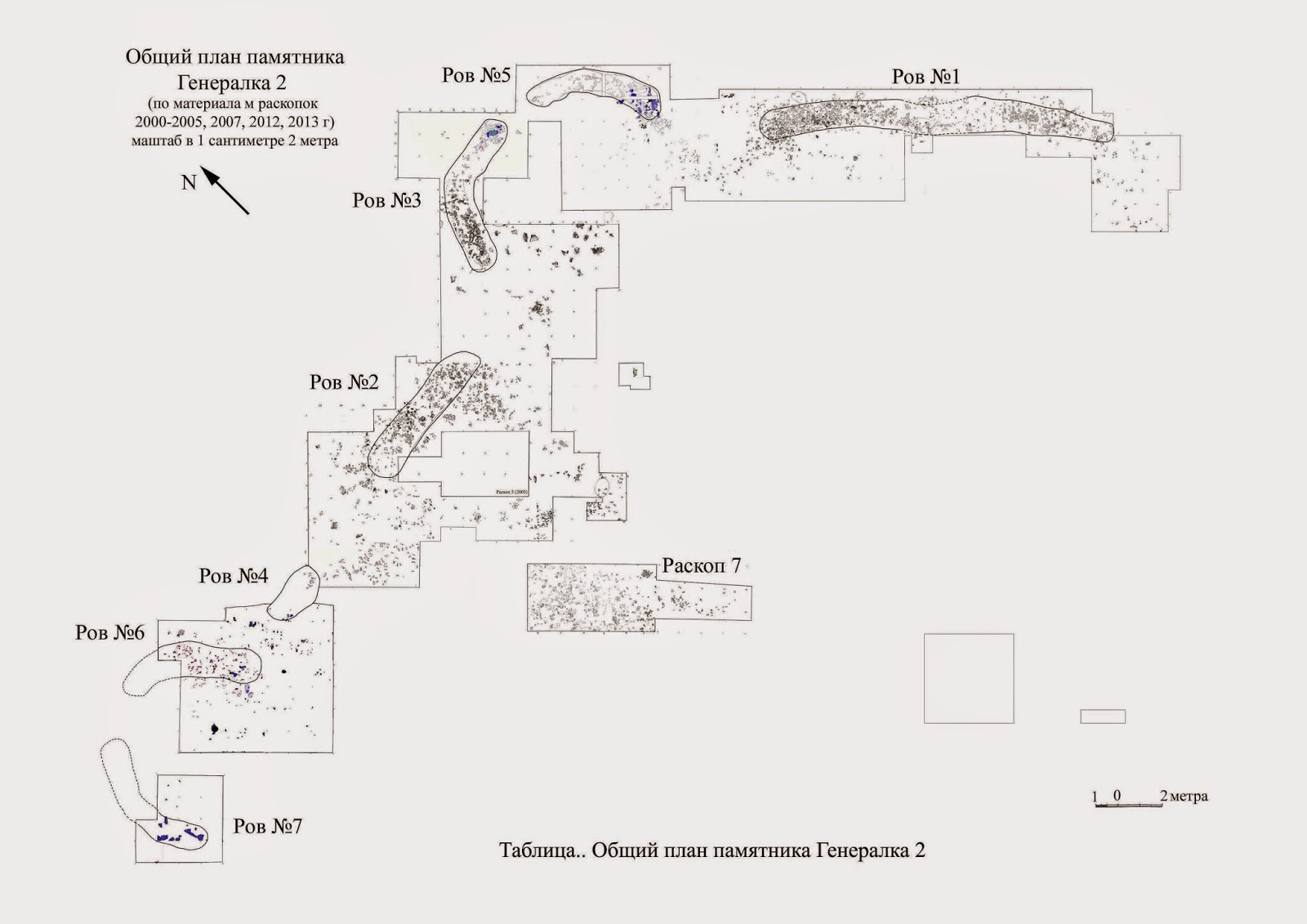 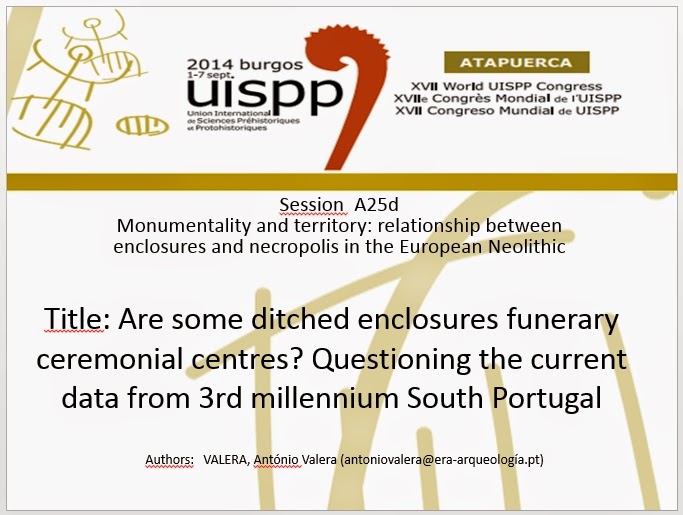 After the session organized by NIA-ERA in 2006 in the UISPP congress in Lisbon, where the “Idea of Enclosure” was debated, after the international congress held at Gulbenkian (Lisbon) in 2012, organized again by NIA-ERA and dedicated to discuss the relations between enclosures and funerary practices, Portuguese ditched and wall enclosures are again in a international stage: they will be presented and debated tomorrow in the UISPP congress, held in Burgos, Spain.

The following sessions are to be highlighted:

A25d - Monumentality and territory: relationship between enclosures and necropolis in the European Neolithic.

B44 - Within ditches and walls. Settlements, fortifications, enclosures, monuments, villages