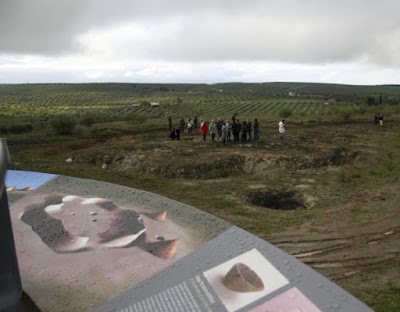 Visit to Santa Vitória in the context of the international meeting organized by ERA in 2012 (Gulbenkian, Lisbon) on "Ditched enclosures and funerary practices", later published in the British International Reports.

Next Monday the project "Santa Vitória: temporalities, Architectures and Social Practices in a ditched enclosure - SANVIT", developed by Era Arqueologia in collaboration with Campo Maior municipality and DRC of Alentejo, will start, with the first campaign of field work, co-directed by me and Ana Catarina Basílio.

The project is linked to the Perdigões enclosure's one, not just because of the institutions and people involved, but mostly by the scientific inquiry, as can be deduced from the project abstract:

" The project is focused on the ditched enclosure of Santa Vitória (classified as site of public interest, and property of the State) located in the municipality of Campo Maior, Portalegre district. It aims to apply a scientific inquiry that allows the comparing of the social dynamics and the temporalities of a small ditched enclosure with the ones that have been identified in a large complex of enclosures such as Perdigões.
It is intended to produce information that responds to the present problems involving ditched enclosures and that, simultaneously, allow the construction of a comparative frame for different/similar dynamics observed in Perdigões. We want to comprehend how two apparently different biographies can be integrated in a frame of shared principles, but expressed in distinct ways and durability. Therefore, the project will be developed in strict connection with the Perdigões Global Research Project.


The specific main goals are:

- Obtain the global plan of the site through geophysics;
- Built a chronological frame for the site and establish its temporalities;
- Characterize the social practices that took place at the enclosures and its periphery and the processes of filling of negative structures;
- Determinate the levels of interaction, in terms of exogenous materials and mobility of animals and (if possible) humans.
- Characterize the material culture accessing style and technology;
- Contextualize the site in the local settlement network;
- Evaluate the conservation situation of the structures previously excavated and exposed for several decades and define a plan of intervention, aiming the preservation of the site;
- Develop a program of public display and heritage education associated to the site.

For starting, though, we have a hard task ahead, for the site is covered with bushes. 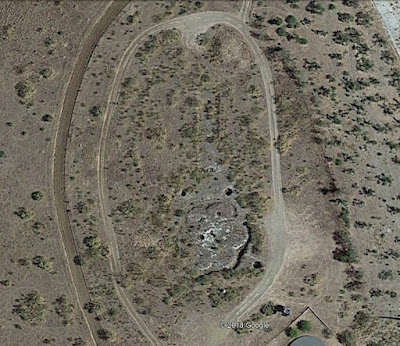