The exogenous large blades from Perdigões tomb 3 are finally organized, so they may be easily seen.
The boxes are 40cm wide. The largest blade is around 32cm 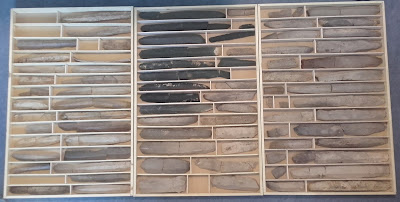 0381 - Project about mobility in Perdigões enclosure 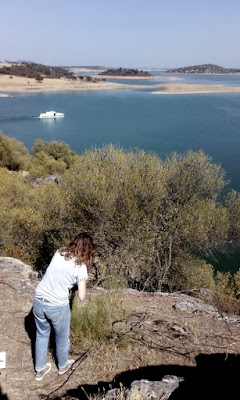 Collecting plants at the Late Neolithic and Chalcolithic site of Moinho de Valadares, in Mourão municipality. They will be used for Sr 87/86 isotopic analysis in the context of the research project on human and animal mobility at Perdigões ditched enclosure.


The project, financed by the Foundation for Science and Technology (FCT), reached the middle and the preliminary results obtained so far will be publicly presented in the institutions that are part of the project. So a session will be organized in Faro at October 25, other in Lisbon at November 13 and another in Évora at December 7. We aim to debate the results with interested colleagues, students and general public, in order to obtain feedback that can be useful for the rest of the project.
Publicada por A.C.Valera em 8:59 PM No comments: