When we are “prospecting” in Google Earth it is easy to inadvertently cross the border. That happened recently to Tiago and he just bumped into (most probably) new ditched enclosures in the Spanish side of the border. At least one look likes the Portuguese sinuous patterned ones, like Xancra, Outeiro Alto or Santa Vitória. If so, they are the first ones of this typology to be recognized in Spain. 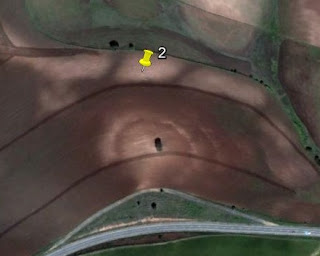 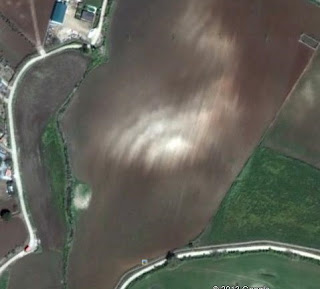 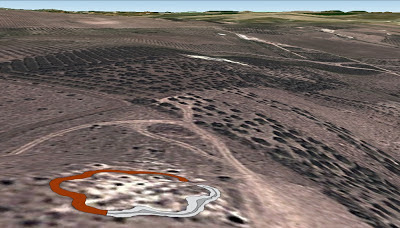 Today is the Summer solstice.


The inner enclosure of Santa Vitória is one of the Portuguese ditched enclosures that had the gate (the only gate) aligned with the sunrise in this day. It must have been a special day there, some 4500 years ago.
Publicada por A.C.Valera em 4:38 PM No comments: 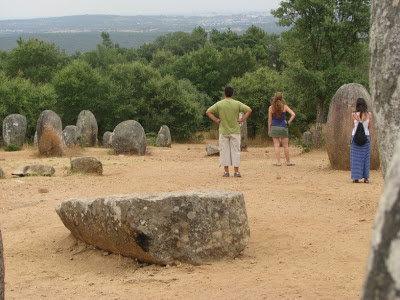 Cromlech of Almendres, near Évora

There are several parallels that can be established between ditched enclosures and cromlechs in South Portugal Late Neolithic. Not just some cromlechs show a topographical implantation and relations with the landscape similar to several ditched enclosures, like being in a slope orientated to East and with relation to sun events (like Vale Maria do Meio or Almendres), but others seem to be in close spatial relation with ditched enclosures. That can be seen at Torrão and Perdigões. 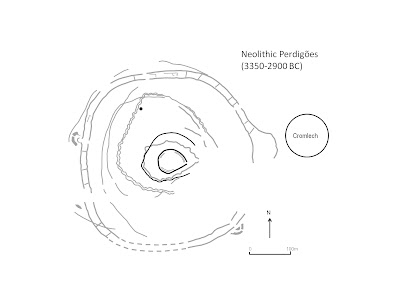 In Torrão the cromlech is just outside the Late Neolithic ditch and in Perdigões is a couple of hundred meters to the East of the early ditches also dated from Late Neolithic. In both sites there aren´t yet empirical evidences that directly connect the enclosures to the cromlechs, but being totally contemporary or not, the general idea that we get from the location and orientation of several Neolithic cromlechs and ditched enclosures, and from the proximity that some of them present, is that there is an ideological connection between them and that they, being different, respond to same shared general principles.

There seems to be a strong link between some ditched enclosures and some megalithic structures in Alentejo, as complementary means of expressing and organizing Neolithic world views and landscapes.

We have several Neolithic cromlechs in the region. Besides Torrão and Perdigões, I wonder how many have an unrevealed ditched enclosure nearby.
Publicada por A.C.Valera em 9:58 PM 2 comments:

It is not a proper museum. Is more like a small exhibition that function as an interpretation centre. It opened in 2004, in the medieval tower of Esporão, and is one of the two exhibitions specifically dedicated to prehistoric ditched enclosures in Portugal (the other one is in Alcalar, Algarve). 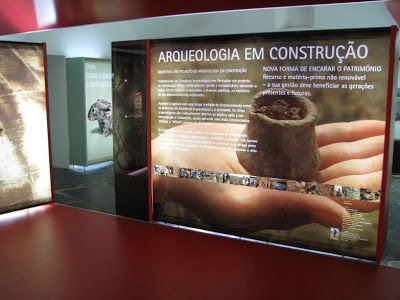 I was involved in the conception of that exhibition. And I am not comfortable with it anymore. In the last nine years the research in Perdigões has increased and what we know now is not reflected in that exhibition. But, even so, a visit will give a fair notion of the site and of its importance for the understanding of Neolithic and Chalcolithic communities of the region.

Some updating is expected this year. But what I would like to stress is that this effort of display is totally financed by private initiative, by the company who ones the site (Esporão S.A.) and by the company who is leading its research program (Era), although public support also exist for research. 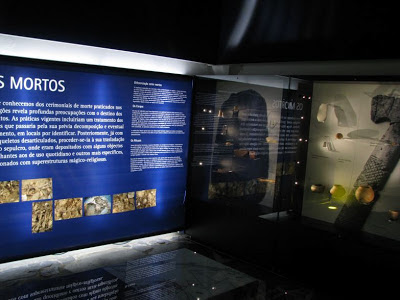 This is a project that reaches the age of 15 this year. Slowly, it has grown to become one of the most important projects of Portuguese archaeology, with national and international expression.

In this weekend there was another moment of public display. It was in the “Festa da Arqueologia” that took place in the ruins of Carmo convent (the headquarters of the Portuguese Association of Archaeologists). There, ideas were shared and the problems of public display debated.

Here is a plan and a section of Outeiro Alto 2.
A paper about this site, just dated from the third quarter of the 3rd millennium BC,  is being finished and it will be published soon. 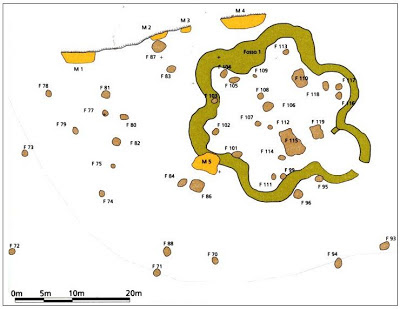 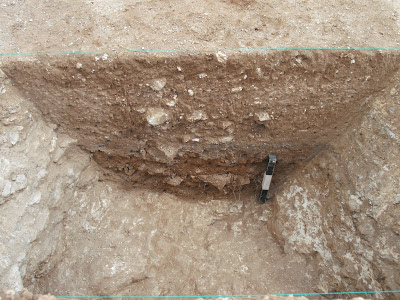 Sometimes it is not easy to understand the options of prehistoric people. In fact I would say that is not just sometimes. But that depends on the ability that we have to dialogue “with them”.


For instance, let’s look at a specific situation at Perdigões. 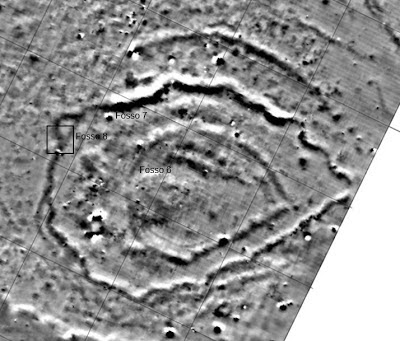 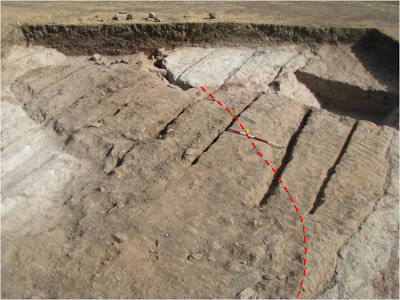 
That is the amazing thing about the plans provided by geophysics. If we look carefully to the plans we find a lot “food for thought” about the nature of enclosures. “Food” that might help us to make conscience of the bizarre that the “definitive discourse” keeps missing. 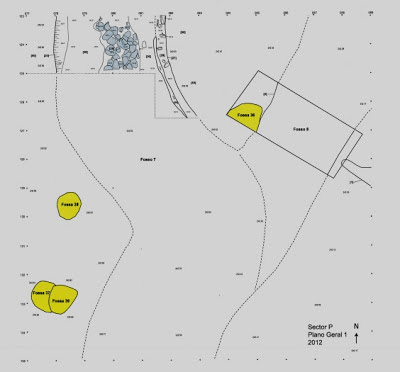