Perdigões ditched enclosures present several evidences of social practices embedded in rituality and symbolism. This can be seen in the location of the site, in its architectonic design, it many of its contexts and in several of the recorded materials. We are now starting to deal with a specific object, recovered in a Late Neolithic context that has also other specific circumstances and materials that point to such a kid of social practices.


It is a deer pair of antlers still attached to part of the cranium that was cut. So the animal was killed and its skull cut in a specific way in order to maintain the two antlers. 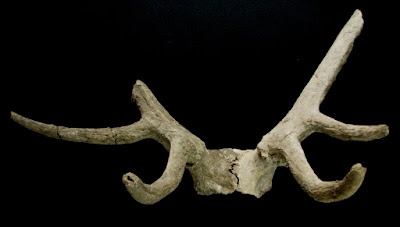 It is known that these “objects” were associated to masks used in shamanic ceremonies since ancient times (some art interpretations take these practices back to Upper Paleolithic). 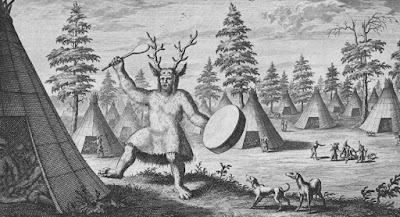 At Perdigões, some other signs of possible shamanic practices exist. But this one will be the next to be explored in a forthcoming paper.
Publicada por A.C.Valera em 10:13 PM No comments:

0379 - Perdigões mobility at the EAA meeting in Maastricht 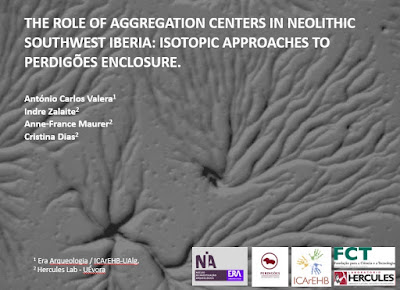 Today, Perdigões enclosure was present in a session of the Annual Meeting of the European Association of Archaeologists held in Maastricht. The available results of former and ongoing projects on mobility were presented and discussed. So far, the general image that we are getting is of significant presence of outsiders (the majority) in the enclosures, both humans and animals, with Sr values that do not match what is being defined as local range (the granite area of the Alamo valley, Reguengos de Monsaraz). And is interesting to note that the different funerary contexts have different ranges, suggesting that they are being used by groups with different provenances. This reinforces the idea that those different, but contemporaneous, funerary contexts were involve in identity management processes, what the differences in material culture, architecture and body treatment already stressed (some of the recent publications on Perdigões deal with this issue). However, the analysis will continue, to enlarge the sample and to get a better control of the geological signatures in order to test the actual image that is quite complex and still rises some intriguing questions.


We also consider to present this same paper, more detailed, in Portugal in a conference to be organized in October or November, as part of the program for public display and debate of the ongoing results of this FCT project.
Publicada por A.C.Valera em 7:31 PM No comments: