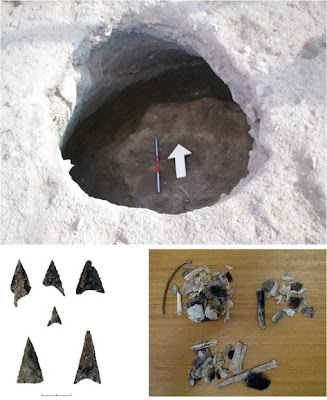 The use of fire is well known also in several megalithic monuments, traditionally interpreted as sanitation practices. As Vale de Ambrona (in Ebro high basin) cases are revealing though, burning is a ritual ideological practice used since the Neolithic and Chalcolithic.In the context of the practices occurring inside ditched enclosures they could have played roles much more important than we initially suspected. Let’s see what Perdigões give us this year.
Publicada por A.C.Valera em 10:13 AM