The ditched enclosure of Juromenha 1 was detected and surveyed in the context of the Alqueva dam mitigation process, in the early XXI century. The survey revealed a plan that suggests a wavy sinuous ditch, with a linear one running parallel. 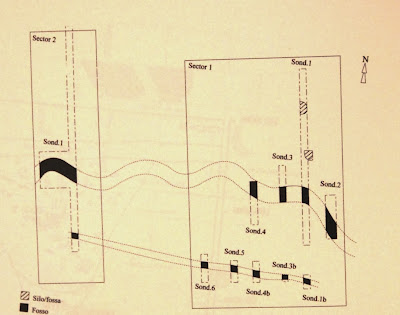 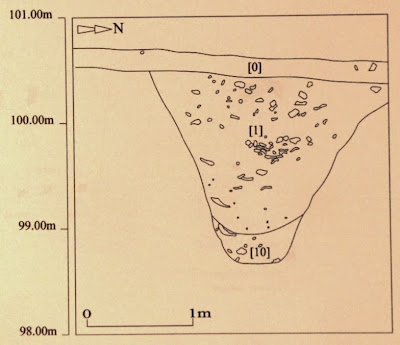 If wavy ditches became more frequent in the 3rd millennium BC in Alentejo, Juromenha 1 clearly shows (as Águas Frias and Ponte da Azambuja also do) that this design emerged in a Neolithic context, where we must search for the reasons that will allow us to explain and interpret these layouts. And not in the chalcolithic walled bastions, as once was supposed.
Publicada por A.C.Valera em 9:32 PM