A new paper about Perdigões has just been published. It addresses Tomb 2, a tholoi type monument, with construction dated from the first half of the 3rd millennium BC, but with a later use in the second half of that same millennium, in beaker times, with some beaker items (like gold foils and ivory button), but with no beakers. Something that is common in Perdigões, as the next paper, coming out tomorrow, discusses. 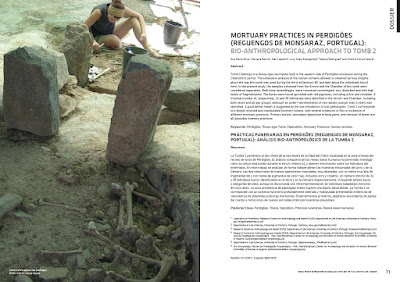