0427 - Perdigões at an exhibition of Iberian prehistoric idols

An exhibition joining some of the most fantastic Neolithic and Chalcolithic idols was organised at the MARQ (Archaeological Museum of Alicante, Spain). The ditched enclosure of Perdigões is represented with several items and a paper on the the role of these human figurines at the site was published in the catalogue of the exhibition. This is the image of the Spanish version. But an English one is in press. 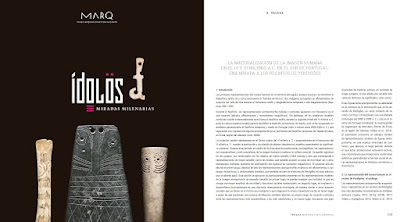