0441 - The new magnetogram of Folha do Ouro ditched enclosure

Another ditched enclosure was identified and prospected within the scope of the NIA-Era investigation of ditched enclosures enclosures in Alentejo. With the logistical support of the Municipality of Serpa, the geophysical prospecting of this enclosure was made, which, being larger than previously thought, was not fully covered by the prospected area. The results, interpretation and contextualization are in the press in the proceedings of the next congress of the Association of Portuguese Archaeologists: "The enclosure of Folha do Ouro 1 (Serpa) in the context of the Alentejo calcolitic moat enclosures", by António Carlos Valera, Tiago do Pereiro, Pedro Valério and António Monge Soares. Besides Tiagome and Tiago (responsible for geophysics), Nelson Almeida and Ana Catarina Basílio participated in the fieldwork. This is the 13th ditched enclosure magnetogram produced in the context of this research program. 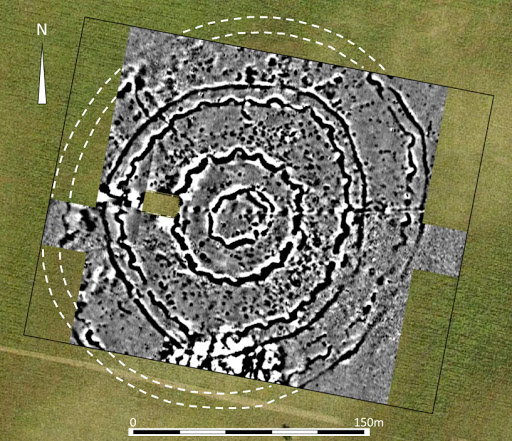