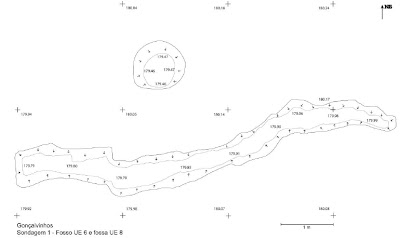 I suspect that the near future will bring some surprises about the building of enclosures in the central coast of Portugal and their importance to the so called process of “becoming Neolithic”.
Publicada por A.C.Valera em 9:06 PM