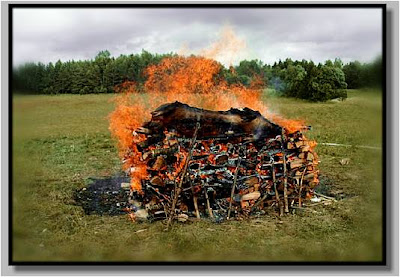 This is an issue that will be discussed in the becoming meeting on Perdigões research project, next February. There, new radiocarbon dates demonstrate that several different practices regarding bodies manipulations were occurring at the same time (according the method resolution capability) in several areas of the enclosure and in different structures.

The data that is being obtained at Perdigões, as I have said already elsewhere, demands new theoretical approaches to funerary practices in Late Neolithic / Chalcolithic, namely the ones that deal with the problems of the unity and ontology of the body and that develop relational conceptions of burial places and structures. The notion of necropolis, as a clear individualized space for the dead, is clearly at risk in Perdigões, as in other large ditched enclosures.
Publicada por A.C.Valera em 3:26 PM