Ditches are very interesting contexts for pollen analyses in Alentejo (a dry area, and therefore not very good for pollen preservation). Ditches can perverse humidity, helping the preservation of pollen.

In Perdigões, after a first study done by Jane Wheeler (Wheeler, 2010)  we applied for these analyses through the Portuguese Laboratory of Archaeosciences (LARC) that initiated a new program of scientific cooperation with the National Archaeological community in 2012. For that a specific project was elaborated: “Reconstitution of paleo-environments in Perdigões area.”

The collected samples in the excavations of 2012 were already processed and the results are in press in the journal Apontamentos de Arqueologia e Património that will be published next October 2013, being authors Randi Danielsen and Patrícia Marques Mendes. 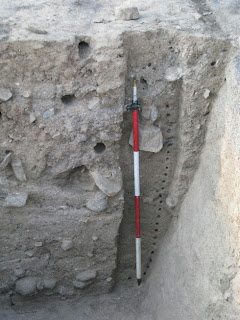 They refer to the Neolithic contexts of Perdigões and provide a quite relevant information about the landscape flora of the period in the surroundings of the site.

Diagram of results from Randi and Mendes, in press.

In 2013 we continue to developed the project and new sampling was made, now integrating Chalcoltic contexts. We hope to get a good picture of the evolution of local landscape during the late fourth and 3rd millennium BC and provide empirical data that help in the interpretations of the human occupations and activities in this region. 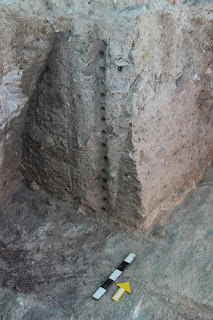