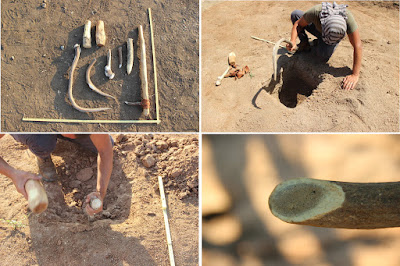 For this, the Era project had the collaboration of Pedro Cura, who built the tools according to what we know about the tools used in Prehistoric mining, and excavate a part of the geologic in Perdigões, controlling time, volume and the use of different tools. We also aim to see the effect of the work in the tools, aiming to contribute to the identification of archaeological artifacts that might have been used in these tasks.
This was just a first approach that we want to develop in the context of the Perdigões Research Project developed by Era Arqueologia.
Publicada por A.C.Valera em 8:38 PM