The association of ditched enclosures to funerary practices and contexts is increasing. A workshop on the matter is starting to be designed.

In the mean time, in Sector Q of Perdigões, the excavations of this Summer provided more evidences about cremations. Several deposits revealed several hundred (not to say thousands) fragments of scattered human burned bones, associated to burned artefacts, mainly harrow heads and ivory idols (or other ivory artefacts not identifiable).

Two interesting aspects of those contexts can be stressed. One is the presence of small human burned bones: phalanges, for instance, are numerous. This reflects a particular careful on the translation of the burned remains from the original cremation place. 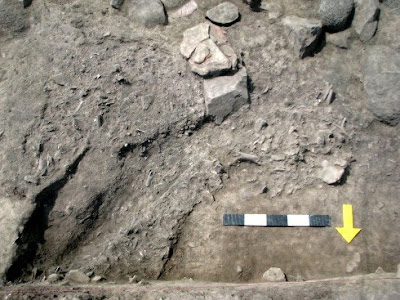 The other is the particular association of these remains to specific idols: limestone decorated idols (with the eyes and facial tattoos) and ivory anthropomorphic idols, known in South Spain, but until now absent in Portugal. I’m talking about: idols with a head with ears, nose, eyebrows, eyes, facial tattoos; hair going down the back; harms with hands crossing over the belly, sometimes holding a symbolic tool; sexual indication; well defined legs and buttocks. Some can reach an outstanding level of perfection and aesthetic significance. 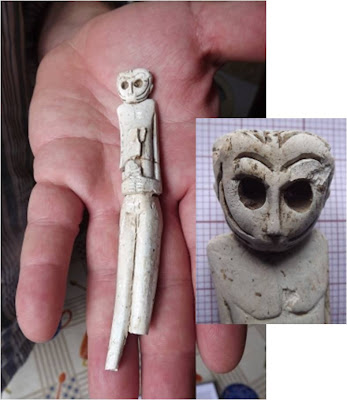 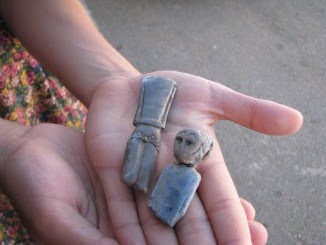 Food for thought. Not just about Chalcolithic funerary practices (where cremation starts to get some importance), but also about the social role of some ditched enclosures, especially in their relations to funerary practices.