Located in a small hill, Alto do Outeiro was partially surveyed in an emergency context in 2005. Several pits and two ditches were identified. Ditch 1 had a “V” section with 2,20m wide and, 1,5 to 1,3m deep. It was filled with several deposits in a bowed way. 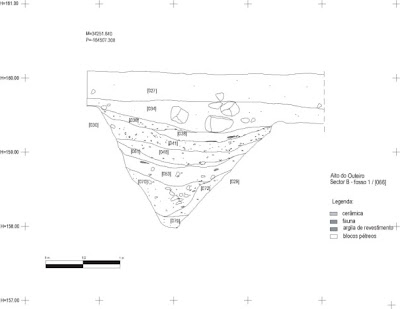 Ditch 2 presented a wavy plan in the area excavated, and the filling was more complex than in ditch 1: stone drops and pits excavated in previous filling deposits were recorded. 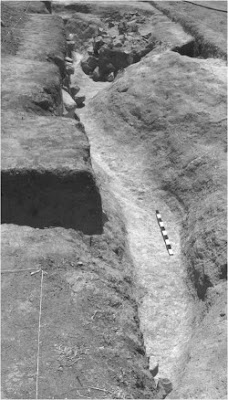 Geophysical prospection was done, but the results were relatively poor. Some pit area were detected and the plan of ditch 2 was interpreted as a sub rectangular shape of 20x18 m. 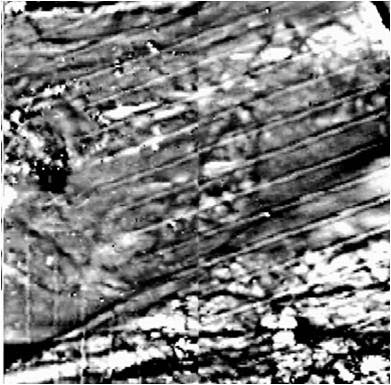 Part of the geophysical image (ditches area). (after Grilo, 2007)

The shape in the published image is not clear though, and the fact that the quality of the image is not the best associated to the wavy layout of the ditch might induce in error about the real plan of the enclosure. I have my doubts about a sub rectangular shape.

On the other hand, in the lower part of the image, two possible wavy ditches seem to be present, inclusively with and entrance.
Publicada por A.C.Valera em 1:53 PM